As President Biden took office and outlined his foreign policy agenda, China’s People’s Liberation Army Air Force continuously breached Taiwanese airspace with military planes. Tensions across the Formosa Strait continue to rise and with the crackdown on Hong Kong and China’s bolstered economy, experts are warning Taiwan is in a vulnerable geopolitical position. Recently re-elected President Tsai Ing-wen has increased military weapon sales from the U.S. and is defiantly standing up to China’s expanding ambitions. This briefing will discuss the future of Taiwanese sovereignty and how Taiwan can navigate its complex geopolitical position. Join us for an in-depth discussion on these important issues and more on Thursday, February 25th from 7:00 PM to 8:00 PM, when we are joined by Dr. Kharis Ali Templeman, research fellow at the Hoover Institution and part of the Project on Taiwan in the Indo-Pacific. As an expert on Taiwan politics and East-Asian Affairs, Dr. Templeman will outline China’s strategy, domestic affairs on the island of Taiwan, and its implication to U.S.-Taiwan and Sino-American relations. 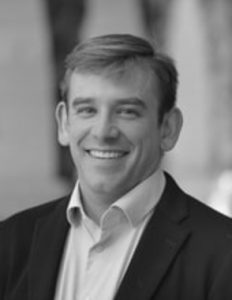 Kharis Templeman is a research fellow at the Hoover Institution and part of the Project on Taiwan in the Indo-Pacific. Templeman is a political scientist (Ph.D. 2012, Michigan) with research interests in Taiwan politics, democratization, elections and election management, party system development, dominant party systems, and politics and security issues in Pacific Asia, among other topics.
From 2013-19, Templeman was a social science research scholar in the Freeman Spogli Institute for International Studies at Stanford University, where he was the program manager of the Taiwan Democracy and Security Project (TDSP) in the Shorenstein Asia-Pacific Research Center (APARC). (Prior to fall 2017, the TDSP was known as the Taiwan Democracy Project and was part of the Center on Democracy, Development, and the Rule of Law). Templeman is also a Lecturer in the Center for East Asian Studies, where he teaches a course on Taiwan security issues.
Outside of Stanford, Templeman is a member of the U.S.-Taiwan Next Generation Working Group, and a 2019 National Asia Research Program (NARP) Fellow at the National Bureau of Asian Research (NBR). He has served since 2012 as a contributor to the Varieties of Democracy project, and from 2016-18, he was the coordinator of the Conference Group on Taiwan Studies (CGOTS), a Related Group of the American Political Science Association.