In recent years, the growth of the global economy has benefitted millions around the world, but it has also failed to include a significant portion of the population: the underbanked. Largely concentrated in the world’s Lesser Developed Countries, the underbanked lack access to traditional financial services, and therefore cannot reap the rewards of the global economy or even easily manage their own money. However, by leveraging digital technologies, the international financial sector has the opportunity to advance financial inclusion and open the door to citizens in LDCs. Join us on Monday, February 22, from 12:00 to 1:00 PM ET for a Virtual Briefing in partnership with the UN Capital Development Fund, when we speak with Sabine Mensah, Regional Digital Hub Manager for the West and Central Africa Region at the UN Capital Development Fund, Robin J. Lewis, Senior Research Associate and Associate Fellow in the Governance Studies Program at the Brookings Institution, and Anit Mukherjee, Policy Fellow at the Center for Global Development. 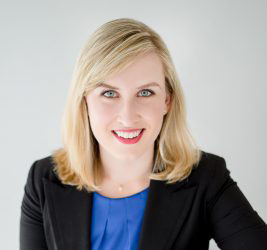 Robin J. Lewis is a senior research associate and associate fellow in the Governance Studies program at the Brookings Institution. She is the deputy director of the Leveraging Transparency to Reduce Corruption project (LTRC), a global initiative to develop and disseminate leading practices for reducing corruption along the natural resource value chain. LTRC is an action-research initiative that seeks to identify and advance discussion of evidence-informed transparency, accountability, and participation (TAP) policies and programs.
Lewis’s work also examines the intersection of inclusive finance, technological innovation, and the mobile economy. She is a co-author (with John D. Villasenor and Darrell M. West) of the 2015, 2016, and 2017 Brookings Financial and Digital Inclusion Project (FDIP) reports. FDIP aims to evaluate commitment to and progress toward financial inclusion across a set of geographically, economically, and politically diverse countries.
Lewis holds an MSc in comparative politics (with a specialization in conflict studies) from the London School of Economics and Political Science and earned her B.A. in political science from Furman University. 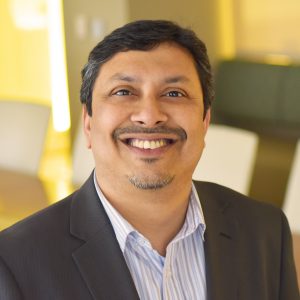 Anit Mukherjee is a policy fellow at the Center for Global Development where he works on issues of governance, public finance, and service delivery in developing countries. His current research focuses on the impact of biometric ID and digital payment systems to reform public subsidies, improve financial inclusion, and promote gender empowerment. Previously, he coordinated a CGD Working Group on Fiscal Transfers for Health that provided recommendations to improve the effectiveness and coordination of health financing in decentralized countries for better outcomes.
Prior to joining CGD, Mukherjee was an associate professor at the National Institute of Public Finance and Policy in New Delhi from 2005-2013 where he designed and implemented innovative citizen-led public expenditure tracking surveys in education and health. As a policy advisor to the world’s largest biometric ID program, Aadhaar, he was involved in the design of direct benefit transfer of subsidies in India. Previously, Mukherjee has served as MDG financing advisor to the Government of Yemen, worked as a consultant for the World Bank and UNAIDS on financing of HIV/AIDS programs in Asia-Pacific, and designed gender-focused social protection as advisor to the Commonwealth Secretariat. Mukherjee studied economics at Presidency College, Calcutta, and Jawaharlal Nehru University, Delhi, and obtained a PhD in policy and planning sciences from the University of Tsukuba, Japan. He has published extensively in peer-reviewed journals and has been cited in major news outlets including Bloomberg, BBC, Financial Times, and NPR. His latest book, Social Sector in a Decentralized Economy: India in the Era of Globalization, was published by Cambridge University Press in 2016. 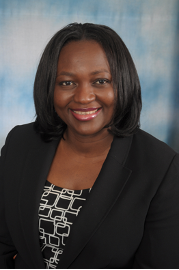 Sabine Mensah is a senior Digital Financial Inclusion advocate with 5 years United Nations development agency journey and 17-years private sector business development experience in remittances, digital payments and mobile money. Sabine started her career as a loan officer at Ecobank in Burkina Faso and moved to remittances in 1998, spending 15 years with Western Union in Africa, US and Canada. In 2013, Sabine transitioned to Digital Financial Services consulting based in Kenya working with the Anthemis Group and MicroSave. In July 2015, she joined UNCDF in Senegal managing 10 countries in West and Central Africa towards inclusive digital economies that leave no one behind. Sabine is also UNCDF’s global workstream lead on open digital infrastructure.
Sabine holds an MBA from Central Michigan University (US) and a bachelor’s in finance from IFAM (France).