Once lauded as a tool to foster democratic movements and overcome authoritarian leaders, technology and their free speech platforms are also being used to stomp out democratic progress. Similarly, COVID-19 lockdown procedures have demonstrated how technological advancements can be used to track citizens and who they interact with, bringing ethical questions around the use of technology to the fore. Both democracies and autocratic governments have employed cell phone tracking, facial recognition, quantum communication and other forms of oversight, with the democracies’ advantages over illiberal nations becoming dangerously narrow. How can democracies ensure that technology is used to improve society and not tread on democratic norms? Join us for a discussion on these issues with Richard Fontaine, CEO of the Center for a New American Security, on Thursday, February 18th at 12:00 PM to 1:00 PM.

COUDLN’T ATTEND OUR EVENT? Don’t worry. You can watch it below: 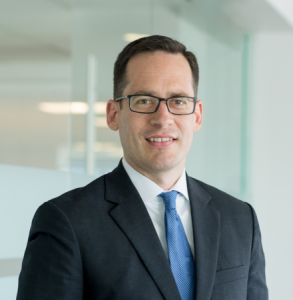 Richard Fontaineis the Chief Executive Officer of the Center for a New American Security (CNAS). He served as President of CNAS from 2012-19 and as Senior Advisor and Senior Fellow from 2009-12. Prior to CNAS, he was foreign policy advisor to Senator John McCain and worked at the State Department, the National Security Council, and on the staff of the Senate Foreign Relations Committee.
Mr. Fontaine served as foreign policy advisor to the McCain 2008 presidential campaign and subsequently as the minority deputy staff director on the Senate Armed Services Committee. Prior to that, he served as Associate Director for Near Eastern Affairs at the National Security Council (NSC) from 2003-04. He also worked on Southeast Asian issues in the NSC’s Asian Affairs directorate.
At the State Department, Mr. Fontaine worked in the office of Deputy Secretary of State Richard Armitage and in the department’s South Asia bureau. Mr. Fontaine began his foreign policy career as a staff member of the Senate Foreign Relations Committee, focusing on the Middle East and South Asia. He also spent a year teaching English in Japan.
Mr. Fontaine currently serves as Executive Director of the Trilateral Commission and has been an adjunct professor in the Security Studies Program at Georgetown University’s School of Foreign Service.
A native of New Orleans, Mr. Fontaine graduated summa cum laude with a B.A. in International Relations from Tulane University. He also holds a M.A. in International Affairs from the Johns Hopkins School of Advanced International Studies (SAIS) in Washington, and he attended Oxford University. He lives in Virginia with his wife and their four children. 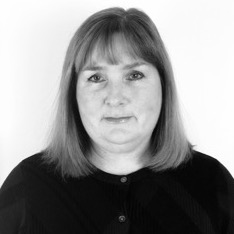