*Due to a technical issue, this event has been rescheduled from Feb. 1 st to Feb. 16th. Thank you for your patience!

On January 27th, 2021, the Bulletin of the Atomic Scientists released its latest timing on the Doomsday Clock, which assesses how close humanity is to destroying our world with nuclear warfare, climate change, and disruptive technologies. This year, the clock was set again to 100 seconds to midnight, the closest it has ever been. With Iran building its nuclear weapons capability following the U.S. departure from the Joint Comprehensive Plan of Action, North Korea advancing its own arsenal, the U.S. withdrawal from the Paris Climate Accords, and AI and disinformation continuing to be uncontrolled areas of extreme concern, the Doomsday Clock analyzes and reflects the global state of affairs. Join us on Tuesday, February 16th from 12:00 PM to 1:00 PM to discuss these affairs and more with Dr. Rachel Bronson, President and CEO of the Bulletin of the Atomic Scientists and Dr. Herbert Lin, Senior Research Scholar at CISAC and Fellow in Cyber Policy and Security at the Hoover Institution. 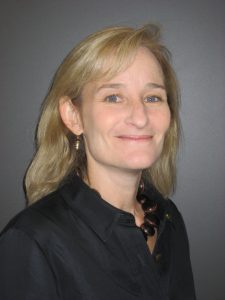 Rachel Bronson is the president and CEO of the Bulletin of the Atomic Scientists. She oversees the publishing programs, management of the Doomsday Clock, and a growing set of activities around nuclear risk, climate change, and disruptive technologies. Before joining the Bulletin, Bronson served as the vice president of studies at the Chicago Council on Global Affairs. She also taught “Global Energy” as an adjunct professor at the Kellogg School of Management.
Prior to moving to Chicago, Bronson served as senior fellow and director of Middle East studies at the Council on Foreign Relations in New York. Earlier positions include senior fellow for international security affairs at the Center for Strategic and International Studies, fellow at Harvard University’s Belfer Center for Science and International Affairs, and adjunct professor at Columbia University. Bronson’s book, Thicker than Oil: America’s Uneasy Partnership with Saudi Arabia (Oxford University Press, 2006), has been translated into Japanese and was published in paperback in June 2008.
Her writings have appeared in publications such as Foreign Policy, Foreign Affairs, The National Interest, The New York Times, The Washington Post, Huffington Post, and The Chicago Tribune. She has appeared as a commentator on numerous radio and television outlets, including National Public Radio, CNN, al Jazeera, the Yomiuri Shimbun, “PBS NewsHour,” “The Charlie Rose Show,” and “The Daily Show.” Bronson has served as a consultant to NBC News and testified before the congressional Task Force on Anti-Terrorism and Proliferation Financing, Congress’s Joint Economic Committee, and the 9/11 Commission.
Bronson is a board director of the American University of Iraq Foundation and a board member of the Francis W. Parker School. She has served as co-chair of Chicago Shakespeare Theater’s Producer Guild, and as a board member of the Ruth Page Center for the Arts. Bronson was named by Today’s Chicago Woman magazine as one of 100 Women to Watch (2012), 20 Women to Watch by Crain’s Chicago Business (2008), a Carnegie Corporation Scholar (2003), and a Glamour Magazine “Wow Woman” (2002). She is a member of the International Women’s Forum, the Council on Foreign Relations, the Economic Club of Chicago and the Pacific Council. She earned a BA in history at the University of Pennsylvania and a MA and PhD in political science from Columbia University in 1997. 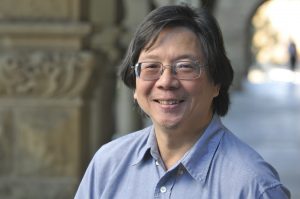 Dr. Herb Lin is senior research scholar for cyber policy and security at the Center for International Security and Cooperation and Hank J. Holland Fellow in Cyber Policy and Security at the Hoover Institution, both at Stanford University. His research interests relate broadly to policy-related dimensions of cybersecurity and cyberspace, and he is particularly interested in the use of offensive operations in cyberspace as instruments of national policy and in the security dimensions of information warfare and influence operations on national security. In addition to his positions at Stanford University, he is Chief Scientist, Emeritus for the Computer Science and Telecommunications Board, National Research Council (NRC) of the National Academies, where he served from 1990 through 2014 as study director of major projects on public policy and information technology, and Adjunct Senior Research Scholar and Senior Fellow in Cybersecurity (not in residence) at the Saltzman Institute for War and Peace Studies in the School for International and Public Affairs at Columbia University; and a member of the Science and Security Board of the Bulletin of Atomic Scientists. In 2016, he served on President Obama’s Commission on Enhancing National Cybersecurity. Prior to his NRC service, he was a professional staff member and staff scientist for the House Armed Services Committee (1986-1990), where his portfolio included defense policy and arms control issues. He received his doctorate in physics from MIT.
Avocationally, he is a longtime folk and swing dancer and a lousy magician. Apart from his work on cyberspace and cybersecurity, he is published in cognitive science, science education, biophysics, and arms control and defense policy. He also consults on K-12 math and science education.