The 10th Anniversary of the Arab Spring: Examining Its Long-Term Impacts

In the final weeks of December 2010, Tunisia erupted into conflict over mounting social and economic discontent, soon giving rise to pro-democracy protests in other countries of the Middle East and North Africa. Looking back after ten years, it is clear that though the protesters may have called for the same reforms, the outcomes of the movement varied widely from country to country. Why did the Arab Spring produce such disparate results? Join us on Wednesday, December 9th, from 12:00 PM to 1:15 PM ET for a discussion of this question and more, as Lisa Anderson, James T. Shotwell Professor Emerita of International Relations at Columbia University, moderates a panel between Safwan Masri, Executive Vice President for Global Centers and Global Development at Columbia University; Marina Ottaway, Middle East Fellow at the Woodrow Wilson Center; and Shadi Hamid, Senior Fellow at the Brookings Institution. 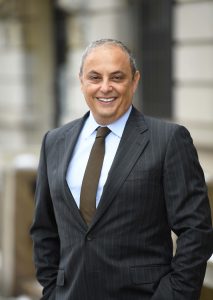 Professor Safwan M. Masri is Executive Vice President for Global Centers and Global Development at Columbia University and a Senior Research Scholar at Columbia’s School of International and Public Affairs (SIPA).
In his role as EVP, Masri directs a number of Columbia’s global initiatives and is responsible for the development of an expanding network of Global Centers, located in Amman, Beijing, Istanbul, Mumbai, Nairobi, Paris, Rio de Janeiro, Santiago, and Tunis. These centers work to advance Columbia’s global mission and extend the University’s reach to address the pressing demands of our global society.
Masri joined Columbia University in 1988 as a member of the faculty of the Columbia Graduate School of Business. He was appointed Vice Dean in 1993, a position he held for thirteen years. He previously taught engineering at Stanford University, and was a visiting professor at INSEAD (Institut Européen d’Administration des Affaires) in France.
A scholar of the contemporary Arab world, Masri’s work focuses on understanding postcolonial dynamics among religion, education, society, and politics. He is the author of Tunisia: An Arab Anomaly (Columbia University Press, 2017), which examines why Tunisia was the only country to emerge from the Arab Spring as a democracy. The book has received positive coverage in a number of media outlets, including the Financial Times, Le Monde, Foreign Policy, Foreign Affairs, and the Journal of Democracy. Masri is often quoted in the press and appears frequently on news programs. His writings on education and current affairs have been featured in the Financial Times, Huffington Post, The Hill, and Times Higher Education.
Masri is a lifetime member of the Council on Foreign Relations, an honorary fellow of the Foreign Policy Association and a member of the International Advisory Council of the World Congress for Middle Eastern Studies (WOCMES). He serves on the Board of Directors for AMIDEAST and on the Global Advisory Board for the Chazen Institute at Columbia Business School. Masri is also a trustee of International College in Beirut and the Welfare Association (Taawon) in Ramallah, and a director of Endeavor Jordan. He was founding chairman of King’s Academy and the Queen Rania Teacher Academy, and served as an advisor to Her Majesty Queen Rania Al Abdullah.
Masri earned his Bachelor of Science degree in industrial engineering from Purdue University in 1982; his Master of Science in industrial engineering, also from Purdue in 1984; and his Ph.D. in industrial engineering and engineering management from Stanford University in 1988. He was honored with the Singhvi Professor of the Year for Scholarship in the Classroom Award in 1990, the Robert W. Lear Service Award in 1998, and the Dean’s Award for Teaching Excellence in a Core Course in 2000. Masri has also been honored with the 2003 American Service Award from the American-Arab Anti-Discrimination Committee. 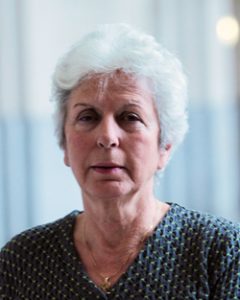 Marina Ottaway is a Middle East Fellow at the Woodrow Wilson Center and a long-time analyst of political transformations in Africa, the Balkans, and the Middle East. She is working on a project at the Wilson Center about the countries of the Arab Spring and Iraq. Ottaway joined the Wilson Center after 14 years at the Carnegie Endowment for International Peace, during which she played a central role in launching the Middle East Program. Prior to that, she carried out research in Africa and in the Middle East for many years and taught at Georgetown University, the Johns Hopkins School for Advanced International Studies, the American University in Cairo, the University of the Witwatersrand in South Africa, the University of Zambia, and Addis Ababa University. Her extensive research experience is reflected in her publications, which include nine authored books and six edited ones. Her most recent publications include Getting to Pluralism, co-authored with Amr Hamzawy and Yemen on the Brink, co-edited with Christopher Boucek. While at Carnegie, she also supervised their Guide to Egypt’s Transition, a website that provides background and analysis on issues that will shape Egypt’s political future, and Iraqi Elections 2010, an online guide to Iraqi politics. Ottaway received her Ph.D. from Columbia University. 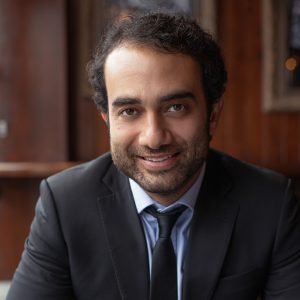 Dr. Shadi Hamid is a senior fellow at the Brookings Institution, contributing writer at The Atlantic, and co-host of the Wisdom of Crowds podcast. He is the author of Islamic Exceptionalism: How the Struggle Over Islam is Reshaping the World, which was shortlisted for the 2017 Lionel Gelber Prize for best book on foreign affairs, and co-editor of Rethinking Political Islam. His first book Temptations of Power: Islamists and Illiberal Democracy in a New Middle East was named a Foreign Affairs Best Book of 2014. Hamid was named one of the world’s top 50 thinkers by Prospect magazine in 2019. He received his B.S. and M.A. from Georgetown University’s School of Foreign Service and his Ph.D. in political science from Oxford University. 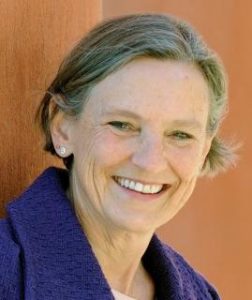 Lisa Anderson is Special Lecturer and James T. Shotwell Professor Emerita of International Relations at the Columbia University School of International and Public Affairs.
Dr. Anderson served as President of the American University in Cairo for five years, from 2011-2016. Prior to her appointment as President, she was the University’s provost, a position she had assumed in 2008. She is Dean Emerita of the School of International and Public Affairs at Columbia, where she led the school from 1997-2007. She was on the faculty of Columbia since 1986; prior to her appointment as Dean, she served as Chair of the Department of Political Science and Director of Columbia’s Middle East Institute; she held the Shotwell Chair in the Department of Political Science.  She has also taught at Princeton University’s Woodrow Wilson School and in the Government and Social Studies departments at Harvard University.
Dr. Anderson’s scholarly research has included work on state formation in the Middle East and North Africa; on regime change and democratization in developing countries; and on social science, academic research and public policy both in the United States and around the world. Among her books are The State and Social Transformation in Tunisia and Libya, 1830-1980 (1986) and Pursuing Truth, Exercising Power: Social Science and Public Policy in the Twenty-first Century (2003); she has also published numerous scholarly articles.

Dr. Anderson is a trustee of the Aga Khan University and a member of the advisory board of the Hertie School of Governance in Berlin and the Sciences Po’s School of Public Affairs in Paris. She is a member emerita of the Board of Directors of Human Rights Watch, served as President of the Middle East Studies Association in 2003 and as Chair of the Board of the Social Science Research Council (1998-2008). She is a member of the American Academy of Arts and Sciences and the Council on Foreign Relations.