The U.S. and China: Charting a New Course

The direction of the U.S.- China relationship will be critical to not only U.S. economic and security interests but to the future world order. However, it is unlikely that the differences between the two countries on matters like the South China Sea, Taiwan, trade, intellectual property, and how China treats its minority groups will be resolved with a change in leadership in Washington. What could be different in terms of U.S. foreign policy toward China under a Biden administration? And how have U.S. policies been perceived in China? Will there be an opportunity for a fresh start for U.S.- China relations? These questions will be discussed on Wednesday, December 2nd, from 7 PM to 8 PM ET among Susan Thornton, former Acting Assistant Secretary for East Asian and Pacific Affairs at the Department of State; Joseph Battat, Senior Lecturer of Global Economics and Management at the MIT Sloan School of Management; and Cheng Li, Director and Senior Fellow at the Brookings Institution’s John L. Thornton China Center.

*This event will be co-hosted by Network 20/20 and the Institute of Current World Affairs. 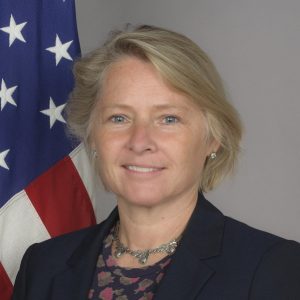 Susan Thornton recently joined Yale Law School’s Paul Tsai China Center as a Senior Fellow following a distinguished 28-year career at the Department of State. Thornton was Acting Assistant Secretary of State for East Asian and Pacific Affairs during the first 18 months of the Trump administration and led East Asia policy-making amid crises with North Korea, escalating trade tensions with China, and a generally deteriorating environment in the United States for international economic and diplomatic engagement. She was the architect of the diplomatic pressure campaign on the North Korean regime, structured the administration’s initial approach to China, and developed the administration’s trademark Indo-Pacific Strategy.
In previous leadership roles in Washington, Thornton worked on China and Korea policy, including stabilizing relations with Taiwan, the U.S.-China Cyber Agreement, the Paris Climate Accord and led a successful negotiation in Pyongyang for monitoring of the Agreed Framework on denuclearization.
In her 18 years of overseas postings in Central Asia, Russia, the Caucasus and China, Thornton’s leadership furthered U.S. interests and influence and maintained programs and mission morale in a host of difficult operating environments. Prior to joining the Foreign Service, she was among the first State Department Fascell Fellows and served from 1989–90 at the U.S. Consulate in Leningrad. She was also a researcher at the Foreign Policy Institute from 1987–91.
Thornton received her M.A. in International Relations and Soviet Studies from Johns Hopkins School of Advanced International Studies in 1991 and earned an M.S. in National Strategy and Resource Management at the National Defense University’s Eisenhower School in 2010. Thornton graduated with a B.A. from Bowdoin College in Economics and Russian in 1985, and taught in international secondary schools in Brussels, London, and Chile. She speaks Russian, Mandarin Chinese and French, is a member of numerous professional associations and is on the Board of Trustees for the Eurasia Foundation. Thornton is married with three grown children and likes to spend as much time as possible outdoors, especially on her farm in Lisbon, Maine. 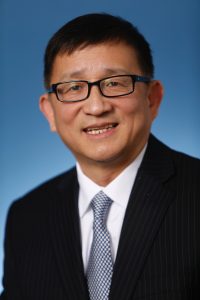 Cheng Li is Director and Senior Fellow at the Brookings Institution’s John L. Thornton China Center. Dr. Li is also a director of the National Committee on U.S.-China Relations, a Distinguished Fellow of the Munk School of Global Affairs and Public Policy at University of Toronto, a nonresident fellow at Yale University’s Paul Tsai China Center, and a member of the Council on Foreign Relations. He is a former fellow and current member of the Institute of Current World Affairs. Li’s research areas include the transformation of political leaders, generational change, the Chinese middle class, technological development in China, and U.S.-China relations.
He is the author/editor of numerous books, including Rediscovering China: Dynamics and Dilemmas of Reform (1997), China’s Leaders: The New Generation (2001), Bridging Minds Across the Pacific: The Sino-US Educational Exchange (2005), China’s Changing Political Landscape (2008), China’s Emerging Middle Class (2010), China’s Political Development: Chinese and American Perspectives (2014), Chinese Politics in the Xi Jinping Era: Reassessing Collective Leadership (2016), The Power of Ideas: The Rising Influence of Thinkers and Think Tanks in China (2017), and Middle Class Shanghai: Reshaping U.S.-China Relations (February 2021). He is currently completing a book manuscript with the working title Xi Jinping’s Protégés: Rising Elite Groups in the Chinese Leadership. He is the principal editor of the Thornton Center Chinese Thinkers Series published by the Brookings Institution Press.
Dr. Li has advised a wide range of U.S. government, education, research, business and not-for-profit organizations on work in China. Dr. Li has frequently been called upon to share his unique perspective and insights as an expert on China. He recently appeared on BBC, CCTV, CNN, C-SPAN, ABC World News, NPR, and PBS. Li received an M.A. in Asian Studies from the University of California at Berkeley and a Ph.D. in Political Science from Princeton University. 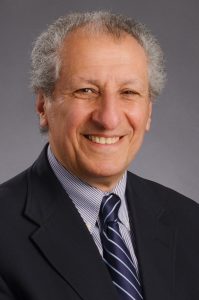 Joseph Battat is a Senior Lecturer of Global Economics and Management at the MIT Sloan School of Management.
Joseph Battat joined the World Bank Group in 1989 where he held a number of positions over a period of twenty six years, including the head of the Foreign Investment Advisory Services (FIAS).  FIAS advises governments of developing and emerging economies on ways to improve their investment climate to stimulate domestic and foreign investment conducive to their economic and social development.   Other positions Mr. Battat held in FIAS include program manager for the Middle East and North Africa, Central/East Europe and the Former Soviet Union, and China and Mongolia.  In the course of this work, he had the opportunity to work or supervise work in over 95 countries.
Prior to joining the World Bank Group, Mr. Battat was a marketing systems engineer at IBM Canada, developing application systems in the fields of health care and education [1968-72].  He was also a member of the faculty, School of Business, Indiana University, teaching, conducting research, and consulting with Fortune 500 multinational companies interested in the China market (1982-89).
Mr. Battat led the design and establishment of the first modern management education program and MBA program in China for the First Ministry of Machine Building Industry (1978-86).  In 1987-88, he helped establish the International Management Center, Budapest (now the Business School), Central European University.  He was the academic co-Dean of the China Executive Education Program of General Electric in the 1980s.
Mr. Battat has served on boards of for-profit and not-for-profit organizations.   Since the 1990s and for six terms, he was a trustee or chair of the board of trustees of the Institute of Current World Affairs, a, fellowship-granting organization, located in the United States.  He is currently a member of the advisory board for International Business, Indiana University.  He served as a director for the International Finance Corporation (IFC), a member of the World Bank Group, on the board of IFC-invested companies in China (2009-11).
Battat received an MS in electronics physics from Université de Grenoble (France) in 1968, a diploma in political philosophy from Beijing University in 1978, and a PhD in international business and economics from MIT in 1984.  He was a Fellow of the Institute of Current World Affairs (1976-1982), focusing on the early years of post-Mao China.