Beyond Brexit and Political Turmoil: What’s Next for the U.K’s Economy?

Between September and October 2022, the United Kingdom witnessed a rotation of three individuals in the position of Prime Minister. The newly inaugurated Prime Minister Rishi Sunak has inherited a treacherous economic recession and now faces the challenge of stabilizing the U.K. economy. According to the Office of National Statistics, Britain had the worst-performing economy of any G7 country in the third quarter. How have Brexit and the pandemic affected Britain, and what are the ways that Britain can improve its economic circumstances? To guide us through these concerns, join us for a virtual discussion with Martin Wolf MBE, Associate Editor and Chief Economics Commentator at the Financial Times in London, on Tuesday, January 24, 2023, from 12:00 PM to 1:00 PM ET. 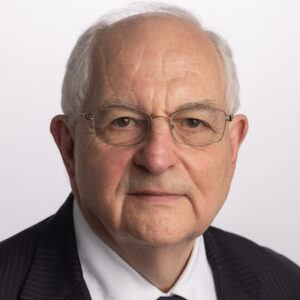 Martin Wolf is Associate Editor and Chief Economics Commentator at the Financial Times, London. He was awarded the CBE (Commander of the British Empire) in 2000 for services to financial journalism. He was a member of the UK government’s Independent Commission on Banking between June 2010 and September 2011.
Mr Wolf has honorary doctorates from the London School of Economics, Nottingham University, Warwick University and Kingston University, in the UK, Macquarie University, in Australia and KU Leuven, in Belgium. He is an honorary fellow of Corpus Christ College and Nuffield College, Oxford University, and of King’s College, London.
Mr Wolf was joint winner of the Wincott Foundation senior prize for excellence in financial journalism for 1989 and 1997. He won the “Accenture Decade of Excellence” at the Business Journalist of the Year Awards of 2003, “Commentator of the Year” award at the Business Journalist of the Year Awards of 2008, the Ludwig Erhard Prize for economic commentary for 2009 and “Commentariat of the Year 2009” at the Comment Awards, sponsored by Editorial Intelligence. He was placed in Foreign Policy’s list of the “Top 100 Global Thinkers” in 2009, 2010 and 2011. He was joint winner of the 2009 award for columns in “giant newspapers” at the 15th annual Best in Business Journalism competition of The Society of American Business Editors and Writers. He won the 33rd Ischia International Journalism Prize in 2012, the Overseas Press Club of America’s prize for “best commentary on international news in any medium” for 2013 and the 2019 Lifetime Achievement Award at the Gerald Loeb Awards.
His most recent publication is The Shifts and The Shocks: What we’ve learned – and have still to learn – from the financial crisis (London and New York: Allen Lane, 2014).