The Belt and Road Initiative (BRI), formerly known as One Belt One Road (一带一路), is a massive infrastructure development project adopted by the Chinese government under Xi Jinping in 2013. The goals of the initiative include promoting long-term economic development and enhancing international connectivity through a vast network of elaborate infrastructure projects extending from East Asia to Europe. However, some countries view this initiative as a daunting expansion of Chinese power rather than a mutually beneficial suite of transformative investments. Some countries involved in the project have already assumed great amounts of debt, causing potential participants to think twice before signing contracts with Beijing. Is there ultimately cause for concern over China’s ambitious plans or is this just smart investing with mutually beneficial outcomes for all involved?  Please join us for an in-depth discussion of the Belt and Road Initiative, Wednesday, January 19th at 12 PM EST when we will be joined by W. Gyude Moore, Senior Policy Fellow at Center for Global Development, and Jennifer Hillman, Senior Fellow for Trade and International Political Economy at Council on Foreign Relations. 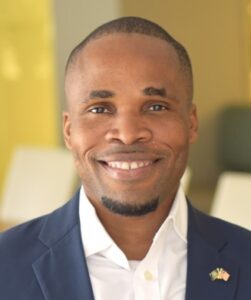 W. Gyude Moore is a Senior Policy Fellow at the Center for Global Development (CGD). He previously served as Liberia’s Minister of Public Works with oversight over the construction and maintenance of public infrastructure from December 2014 to January 2018. Prior to that role, Moore served as Deputy Chief of Staff to President Ellen Johnson-Sirleaf and Head of the President’s Delivery Unit (PDU). As Head of the PDU, his team monitored progress and drove delivery of the Public Sector Investment Program of Liberia—a program of over $1 billion in road, power, port infrastructure, and social programs in Liberia after the civil war. As one of the President’s trusted advisors, he also played a crucial role in supporting President Sirleaf as Liberia responded to the West Africa Ebola outbreak and shaped its post-Ebola outlook.
At CGD, Mr. Moore’s policy analysis and research focus are governance, the financing of infrastructure, and Africa’s response to the changing landscape of external actors. His focus tracks the policies of traditional, aspiring, and emerging actors on the continent, especially the rise of China and its expanding role in Africa. Mr. Moore is a lecturer at the University of Chicago’s Harris School for Public Policy where he teaches a class on the role of infrastructure in the practice of foreign policy and international development. Mr. Moore provides expert analysis and is frequently quoted in print, on radio, and on television. His writing has been published in newspapers and magazines like Africa Business, The Hill, Quartz, Foreign Policy, and Mail & Guardian in South Africa. Mr. Moore is also a Senior Fellow at the Breakthrough Institute. He currently serves on the Board of Advisors of the Master of Science in Foreign Service Program at Georgetown University and on the Board of Directors of Management Sciences for Health and the Charter Cities Institute. He holds a Bachelor’s degree in Political Science from Berea College and a Master’s degree in Foreign Policy and International Security from Georgetown University. 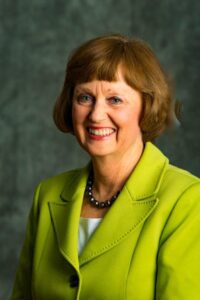 Jennifer A. Hillman is a senior fellow for trade and international political economy at the Council on Foreign Relations (CFR), specializing in U.S. trade policy, the law and politics of the World Trade Organization (WTO), international organizations, and Brexit.
Hillman is a professor of practice at the Georgetown University Law Center, teaching the lead courses in international business and international trade, along with a practicum on international trade and investment law that gave students the opportunity to resolve real-world problems for developing country governments and a wide variety of NGOs. She recently published Getting to Brexit: Legal Aspects of the Process of the UK’s Withdrawal from the EU (IIEL 2018) and Legal Aspects of Brexit: Implications of the United Kingdom’s Decision to Withdraw from the European Union (IIEL 2017). She also co-authored the leading casebook on trade, International Trade Law, 3rd ed., Wolters Kluwer (2016). Additional writings have covered climate change, carbon taxes, the trade war with China, and reforms to the WTO.
Hillman has had a distinguished career in public service. In 2012, she completed her term as one of seven members serving on the WTO’s highest court, its Appellate Body. Hillman also has in-depth experience adjudicating antidumping, countervailing duty, patent and safeguards cases along with conducting numerous studies of the economics of trade policy and trade agreements as a result of her service as a Commissioner at the United States International Trade Commission. Through her work as the General Counsel at the Office of the United States Trade Representative, Hillman was involved in all litigation matters in which the United States was a party or third party in disputes before panels of the NAFTA or the WTO and in addressing the intersection between trade policy, trade law, and foreign policy. She negotiated bilateral agreements with forty-five countries while serving as USTR’s Ambassador and Chief Textiles Negotiator and was the legislative director and counsel to U.S. Senator Terry Sanford of North Carolina before joining USTR.
Hillman was a partner in the law firm of Cassidy Levy Kent, a senior transatlantic fellow for the German Marshall Fund of the United States, president of the Trade Policy Forum, and a member of the selection panel for the Harry S. Truman Scholarship Foundation. She serves on the board of visitors at the Sanford School of Public Policy at Duke University and is a graduate of the Harvard Law School and Duke University. In 2021, she was the recipient of the Lifetime Achievement Award from the Association of Women in International Trade.