Is a Health Impact Fund an Equitable Solution to Fund Vaccine Access for All?

The COVID-19 pandemic has amplified complaints that pharmaceutical companies are putting profits over people. However, some argue that the problem isn’t with the companies themselves, but with the fact that the profit incentives of the current system do not align with vaccine research and development. Currently, there is more reason for companies to pursue treatments rather than burden-reducing vaccines. Is there a way to design a system where profits are aligned with human health and companies can do well by doing good? How will pharmaceutical companies react to the idea of a new business model in the industry? What are critics saying? And what would it take to get governments behind a potentially game-changing initiative? Tune in to listen to Dr. Thomas Pogge, Founding Director of the Global Justice Program at Yale University; Dr. Gary Gottlieb, professor of psychiatry at Harvard Medical School and former CEO of Partners in Health, and Jami Taylor, Investor Relations Lead at Reata Pharmaceuticals, Inc. on Tuesday, August 4th, 2020 at 10:30 AM ET. 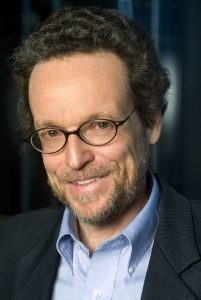 Having received his PhD in philosophy from Harvard, Thomas Pogge is Leitner Professor of Philosophy and International Affairs and founding Director of the Global Justice Program at Yale. Pogge is a member of the Norwegian Academy of Science as well as co-founder of Academics Stand Against Poverty (ASAP), an international network aiming to enhance the impact of scholars, teachers and students on global poverty, and of Incentives for Global Health, a team effort toward developing a complement to the pharmaceutical patent regime that would improve access to advanced medicines for the poor worldwide (www.healthimpactfund.org). His publications include Designing in Ethics, co-edited, Cambridge 2017; Global Tax Fairness, co-edited, Oxford 2016; Politics as Usual, Polity 2010; World Poverty and Human Rights, 2nd edition, Polity 2008; Global Justice and Global Ethics, co-edited, Paragon House 2008; John Rawls: His Life and Theory of Justice, Oxford 2007; and Freedom from Poverty as a Human Right, edited, Oxford & UNESCO 2007. More information at https://campuspress.yale.edu/thomaspogge/ 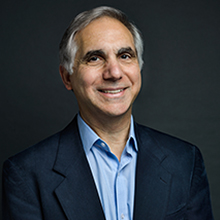 Gary Gottlieb is a professor of psychiatry at Harvard Medical School and a member of the National Academy of Medicine.
From 2015 through June of 2019, he served as CEO of Partners In Health, a global NGO providing a preferential option for the poor in health care in severely resource constrained settings. He assumed this role after serving on the PIH Board of Directors for a decade.
From 2010 until February of 2015, Dr. Gottlieb was the CEO of Partners HealthCare (now MassGeneral Brigham), the parent of the Brigham and Women’s and Massachusetts General Hospitals, the largest health care delivery organization in New England and among the largest biomedical research and training enterprises in the US. From 2002-2009, he was President of Brigham and Women’s Hospital. Previously, he served as President of North Shore Medical Center and as Chair of Partners Psychiatry and Mental Health System.
Dr. Gottlieb served as a member of the Board of Directors of the Federal Reserve Bank of Boston from 2012-2016 and as its chair from 2016-2018. From 2006-2016, he was Chair of the Boston Private Industry Council, the workforce board of the City of Boston.
Prior to coming to Boston, Dr. Gottlieb spent 15 years in positions of increasing leadership in health care in Philadelphia. He established the University of Pennsylvania Medical Center’s first program in geriatric psychiatry and developed it into a nationally recognized research, training, and clinical program. He served as executive vice-chair of psychiatry and associate dean for managed care at the University of Pennsylvania Medical Center, and as director and CEO of Friends Hospital, the nation’s first freestanding psychiatric hospital.
Dr. Gottlieb received a B.Sc. cum laude from Rensselaer Polytechnic Institute and an M.D. from Albany Medical College in a six-year accelerated program and he completed a psychiatry residency at New York University/Bellevue Medical Center. As a Robert Wood Johnson Clinical Scholar at Penn, he earned an M.B.A. with distinction from Wharton. 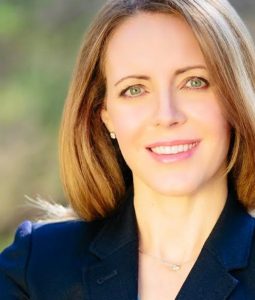 Jami Taylor is a recognized expert in innovative financing for pharmaceutical research, development, access and delivery. Most recently, as an investor relations lead at Reata Pharmaceuticals, she helped to secure a $350 million investment from Blackstone Life Sciences to advance promising compounds within the company’s pipeline. Previously, Jami was a managing director at Stanton Park Capital, providing advisory services to private companies in the life sciences.
Earlier, Jami spent more than seven years in global leadership roles at Johnson & Johnson, working across Janssen R&D, Janssen Global Commercial Strategy, and key committees and functions at the Corporate level. There, she was a co-founder of the Johnson & Johnson Global Public Health organization. Prior to joining Johnson & Johnson, Jami spent more than 10 years at the firm she founded as an undergraduate, providing alliance development and communications services to an elite roster of clients, including major pharmaceutical and biotechnology companies.
Jami’s experience beyond industry includes work with the White House Office of Public Liaison, members of the U.S. Congress, and the U.S. Departments of Treasury, Commerce, and Health & Human Services to advance legislative and policy priorities on a nationwide scale. In 2014, Jami was named a Cross-Sector Leadership Fellow at the Presidio Institute, a program created by the White House Office of Social Innovation and Civic Participation to advance the work of leaders addressing society’s most complex challenges.
Jami is an alumna of Northwestern University, Harvard University, and the University of Virginia. She is a frequent presenter at major international forums and a lecturer at leading universities, including the MIT Sloan School of Management, the Wharton School of the University of Pennsylvania, Harvard Law School and Harvard Business School.