U.S. Democracy Promotion:
Tool of the Past or Policy Priority?

Democracy promotion has long been a key component of U.S. foreign policy, but this objective has become increasingly more complex in recent years. On the one hand, democracy promotion is now a more pressing goal than ever before, as democracies around the world face a multitude of domestic and international threats. On the other hand, many have argued that the United States is no longer in a position to promote its values abroad based on the decline of its own democratic institutions. Should the U.S. make democracy promotion a foreign policy priority in the coming years? And how should it go about protecting its stake in democracy at home and abroad? Tune in for a discussion of U.S. democracy promotion during the opening event of our State of Democracy Series on Tuesday, April 6th, from 11AM to 12PM ET, when we are joined by Danielle Pletka, Senior Fellow in Foreign and Defense Policy Studies at the American Enterprise Institute, James Traub, International Affairs Journalist and Columnist with Foreign Policy, and Stephen Walt, Robert and Renée Belfer Professor of International Affairs at the Harvard Kennedy School. 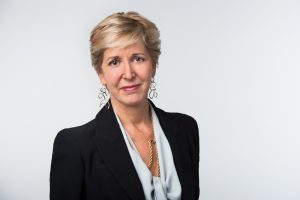 Danielle Pletka is a senior fellow in foreign and defense policy studies at the American Enterprise Institute (AEI), where she focuses on US foreign policy generally and the Middle East specifically. Until January 2020, Ms. Pletka was the senior vice president of foreign and defense policy studies at AEI. Concurrently, she also teaches US Middle East policy at Georgetown University’s Walsh School of Foreign Service.

Before joining AEI, Ms. Pletka was a senior professional staff member for the Middle East and South Asia for the Senate Committee on Foreign Relations.

Ms. Pletka has authored, coauthored, and coedited a variety of studies, monographs, and book chapters, including the introduction to “Seven Pillars: What Really Causes Instability in the Middle East” (AEI Press, 2019); the report “Tehran Stands atop the Syria-Iran Alliance” (Atlantic Council, 2017); the chapter “America in Decline” in “Debating the Obama Presidency” (Rowman & Littlefield, 2016); “America vs. Iran: The Competition for the Future of the Middle East” (AEI, 2014); “Iranian Influence in the Levant, Egypt, Iraq, and Afghanistan” (AEI, 2012); “Containing and Deterring a Nuclear Iran” (AEI, 2011); and “Dissent and Reform in the Arab World: Empowering Democrats” (AEI Press, 2008).

A regular guest on television, Ms. Pletka appears frequently on NBC News’ “Meet the Press.” Her broadcast appearances also include CBS News, CNN, C-SPAN, and MSNBC. She has been published in The Washington Post, The Wall Street Journal, The New York Times, The Hill, and Politico, among other outlets. Ms. Pletka is also the cohost, with AEI’s Marc Thiessen, of the podcast “What the Hell Is Going On? (Making Sense of the World).” 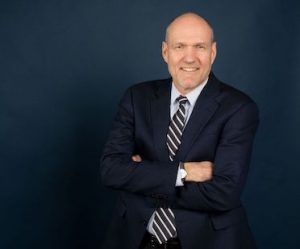 Stephen M. Walt is the Robert and Renée Belfer Professor of International Affairs at the Harvard Kennedy School of Government, where he served as Academic Dean from 2002 to 2006. He is a contributing editor at Foreign Policy magazine, co-editor of the Cornell Studies in Security Affairs book series, and a non-resident Senior Fellow at the Quincy Institute for Responsible Statecraft.

Professor Walt was elected a Fellow of the American Academy of Arts and Sciences in May 2005 and received the International Studies Association’s Distinguished Senior Scholar award in 2014. His books include The Origins of Alliances, (1987) which received the 1988 Edgar S. Furniss National Security Book Award; Taming American Power: The Global Response to U.S. Primacy (2005) which was a finalist for the Lionel Gelber International Affairs Book Award and the Arthur Ross Book Prize; and (with John J. Mearsheimer) The Israel Lobby and U.S. Foreign Policy (2007) a New York Times best-seller that has been translated into more than twenty foreign languages. His latest book is The Hell of Good Intentions: America’s Foreign Policy Elite and the Decline of U.S. Primacy (2018).