Inadequate or Excessive?
The Use of Sanctions in Foreign Policy

Hailed as a low-cost and effective foreign policy tool, sanctions have become common in the international sphere in recent years. Increasingly, countries all around the world use sanctions to accomplish a wide variety of foreign policy goals, from naming and shaming individuals to deterring nuclear proliferation. However, these policies have not always produced the desired outcomes, and have even placed economic and humanitarian burdens on the communities they are meant to protect. Are sanctions an effective tool of foreign policy? And how can they be improved to target bad actors, spare civilians, and achieve their goals? Tune in on Thursday, April 29th, from 12:00 to 1:00 PM ET for a discussion of these questions and more, when we are joined by Edward Fishman, Nonresident Senior Fellow at the Atlantic Council’s Eurasia Center and Scowcroft Center for Strategy and Security, Erica Moret, Senior Researcher at the Centre for Global Governance and Visiting Lecturer at the Department of International Relations/Political Science at the Graduate Institute, Geneva, and Jeffrey J. Schott, Senior Fellow at the Peterson Institute for International Economics. 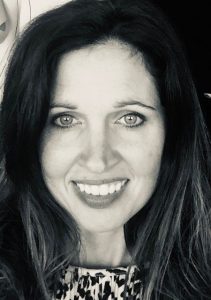 Dr. Erica Moret is a expert on sanctions, global security, European foreign policy and humanitarian affairs.  She is Senior Researcher at the Global Governance Centre (IHEID) & Geneva Centre of Humanitarian Studies (Université de Genève / IHEID) as well as Visiting Lecturer at Department of International Relations/ Political Science, IHEID & Paris School of International Affairs (PSIA), Sciences-Po.  She is Coordinator & co-founder of the Geneva International Sanctions Network (GISN) and Associate Editor of the Journal of Global Security Studies (JoGSS). She holds a DPhil (PhD) and MSc from the University of Oxford and is also a graduate from France’ Ecole Nationale d’Administration (ENA). Her sanctions related publications include those on Russia, Iran, Syria, North Korea, Venezuela and Cuba, and in relation to cyber security, chemical weapons abuses, humanitarian concerns, and informal governance. She has provided evidence to both the UK House of Lords and UK House of Commons Inquiries on the future of sanctions after Brexit. She ran an initiative until 2020 on behalf of the Swiss government and the European Commission on humanitarian payments into Syria in light of de-risking associated with sanctions and wider regulations and is currently running a UN project on the political economy of remittance flows into Syria in light of sanctions, the pandemic and the Lebanese financial crisis.  She also coordinates a project at the Graduate Institute funded by the Swiss Network of International Studies focusing on challenges faced by medicine, food and vaccine companies, as well as humanitarian organisations, operating heavily sanctioned countries suffering from de-risking. Her earlier advisory work on sanctions includes that to UNICEF, the UN’s Office of the High Commissioner on Human Rights, the UN Human Rights Council, the Office of the UN Special Envoy on Syria, the EU and the Governments of Canada, Germany and France. 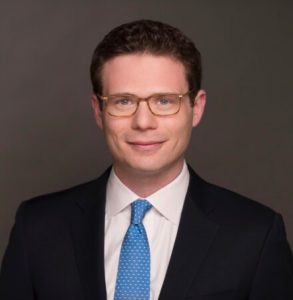 Edward Fishman is an Adjunct Fellow at the Center for a New American Security (CNAS), where he focuses on the intersection of business, economics, and national security. His research interests include sanctions and the evolving ways states use economic power to advance their foreign policy interests. He is concurrently a fellow at the Atlantic Council, where he specializes in Europe and Russia.

From 2015 to 2017, Mr. Fishman served at the U.S. Department of State as a member of the Secretary’s Policy Planning Staff. In that role, Mr. Fishman advised Secretary of State John Kerry on Europe and Eurasia and led the staff’s work on economic sanctions, long-range strategic planning, and international order and norms. During his time on the Policy Planning Staff, Mr. Fishman formulated strategic plans on a wide range of issues, including the preservation of transatlantic unity on Russia sanctions, the creation of a new economic pressure campaign in response to North Korea’s nuclear provocations, and diplomacy in Europe surrounding the British referendum to exit the European Union. Mr. Fishman also managed the Secretary of State’s Foreign Affairs Policy Board and represented the State Department at the National Security Council-led Strategic Planning Small Group, an interagency body that conducted wide-ranging strategic assessments of trends in geopolitics, economics, and technology.

Before joining the Policy Planning Staff, Mr. Fishman was the Russia and Europe Lead in the State Department’s Office of Economic Sanctions Policy and Implementation, where he played a central role in designing and negotiating international sanctions in response to Russia’s aggression in Ukraine. Earlier, Mr. Fishman served as a member of the Iran sanctions team, where he developed policies to strengthen implementation of sanctions against Iran and maintain pressure during the international nuclear negotiations.

Outside of the State Department, Mr. Fishman has served at the Pentagon as special assistant to the Chairman of the Joint Chiefs of Staff, at the Treasury Department as special assistant to the Under Secretary for Terrorism and Financial Intelligence, and at IronNet Cybersecurity on the strategy and business development team. Mr. Fishman is a recipient of the State Department’s Superior Honor Award (twice) and its Meritorious Honor Award, having been recognized for his contributions to U.S. policy toward Ukraine, Russia, Belarus, and Iran.

Prior to his government service, Mr. Fishman was an editor at Foreign Affairs. His writings have appeared in The New York Times, The Wall Street Journal, The Washington Post, Foreign Affairs, Foreign Policy, and other outlets, and he appears regularly as an expert commentator on television and radio programs. A native of Bryn Mawr, Pennsylvania, Mr. Fishman holds a B.A. in History from Yale University and an M.Phil. in International Relations from the University of Cambridge. 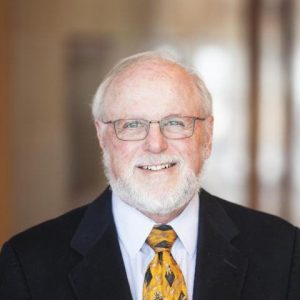 Jeffrey J. Schott joined the Peterson Institute for International Economics in 1983 and is a senior fellow working on international trade policy and economic sanctions. During his tenure at the Institute, Schott was also a visiting lecturer at Princeton University (1994) and an adjunct professor at Georgetown University (1986–88). He was a senior associate at the Carnegie Endowment for International Peace (1982–83) and an official of the US Treasury Department (1974–82) in international trade and energy policy. During the Tokyo Round of multilateral trade negotiations, he was a member of the US delegation that negotiated the GATT Subsidies Code. He is a member of the State Department’s Advisory Committee on International Economic Policy and previously cochaired the Trade and Environment Policy Advisory Committee for the US Trade Representative.