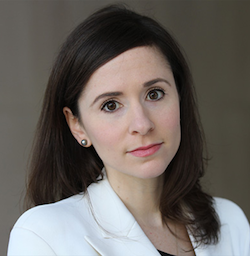 Mira Rapp-Hooper is the Stephen A. Schwarzman senior fellow for Asia studies at the Council on Foreign Relations. She is also a senior fellow at Yale Law School’s Paul Tsai China Center. At CFR, Dr. Rapp-Hooper’s work explores national security and strategy issues in Asia, including great power competition, alliances, nuclear issues, and territorial disputes; the implications of China’s rise for the international order; and the future of American strategy toward Asia and China.

Dr. Rapp-Hooper was formerly a senior fellow with the Asia-Pacific Security Program at the Center for a New American Security, a fellow with the CSIS Asia Program, and the director of the CSIS Asia Maritime Transparency Initiative. She was also a Stanton Nuclear Security fellow at CFR. Dr. Rapp-Hooper’s academic writings have appeared in Political Science Quarterly, Security Studies, and Survival. Her policy writings have appeared in The National Interest, Foreign Affairs, and The Washington Quarterly, and her analysis has been featured in The New York Times, The Washington Post, and on NPR, CNN, MSNBC, and the BBC.

Dr. Rapp-Hooper was the Asia Policy coordinator for the 2016 Hillary Clinton presidential campaign. She is a David Rockefeller Fellow of the Trilateral Commission and a senior editor at War on the Rocks. She holds a B.A. in history from Stanford University and an M.A., M.Phil., and Ph.D. in political science from Columbia University. Her first book, Shields of the Republic: The History and Hereafter of America’s Alliances is forthcoming with Harvard University Press. Her second, The Day After Trump: The Future of American Strategy and the International Order, co-authored with Rebecca Lissner, is forthcoming with Yale.

COULD NOT ATTEND THE EVENT? Don’t worry. Watch it below: