Geopolitics in the Arctic:
Competition or Cooperation?

The Arctic region has long remained unaffected by international politics due to its inaccessibility. However, the rapid melting of the Arctic’s sea ice has opened the door to the possibility of gaining natural resources, forging new trade routes, and establishing military bases. But as with any geopolitical opportunity, there is opportunity for conflict in the Arctic as well. How will the international community respond to signs of greater investment in and militarization of the Arctic, and what is the likelihood of conflict in the region? Join us on Wednesday, April 21st, from 12:00 to 1:00 PM ET for a discussion of these developing trends with Alexander Sergunin, Professor of International Relations at the St. Petersburg State University and Higher School of Economics, Russia; Erin Sikorsky, Deputy Director of the Center for Climate and Security and the Director of the International Military Council on Climate and Security; and Duncan Depledge, Lecturer in Geopolitics & Security at the Loughborough University, United Kingdom. 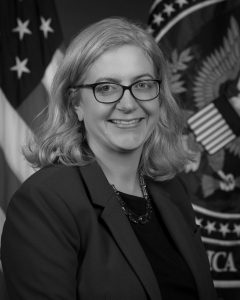 Erin Sikorsky is the Deputy Director of the Center for Climate and Security (CCS), and the Director of the International Military Council on Climate and Security (IMCCS). Previously, she served as the Deputy Director of the Strategic Futures Group on the National Intelligence Council (NIC) in the US, where she co-authored the quadrennial Global Trends report and led the US intelligence community’s environmental and climate security analysis. She is also the founding chair of the Climate Security Advisory Council, a Congressionally mandated group designed to facilitate coordination between the intelligence community and US government scientific agencies. Ms. Sikorsky worked in the US intelligence community for over a decade. Prior to joining the NIC, she led teams covering a range of issues related to the Middle East and Africa. Ms. Sikorsky earned a Master of International Affairs at Columbia University, and a B.A. in government from Smith College. 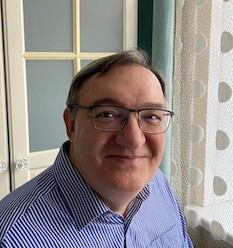 Alexander Sergunin is a Professor of International Relations at St. Petersburg State University and Moscow State Institute of International Relations, Russia. He holds Ph.D. (history) from the Moscow State University (1985) and Habilitation (political science) from the St. Petersburg State University (1994). His fields of research and teaching include Arctic politics and governance, Russia’s Arctic sustainable development, Russian foreign policy thinking and making. His most recent Arctic-related publications include:

Prof. Sergunin is editorial and advisory boards’ member of several Arctic-related academic journals: The Arctic and the North, The North and the Market, The Polar Journal. 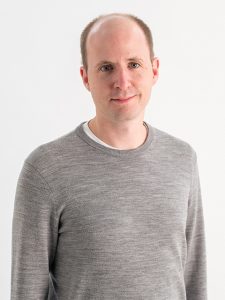 Duncan Depledge is a Lecturer in Geopolitics & Security. He joined Loughborough University in 2019 as the School of Social Sciences and Humanities’ first Politics and International Studies Fellow. He is an expert on the changing geopolitics of the Arctic in the context of climate change, as well as the implications for foreign policy, defence and security in Europe. He is author of Britain and the Arctic (Palgrave, 2018).

As well as having an interdisciplinary academic background, Duncan has extensive experience of working with governments, parliamentarians, think tanks, international organisations and militaries. From 2017-2018, he served as special adviser to the House of Commons Defence Committee during its inquiry on ‘UK Defence in the Arctic’. Prior to joining Loughborough University, Duncan was the first Director of the All-Party Parliamentary Group for the Polar Regions in Westminster, which he helped to establish (2015-2019). He has also advised the Foreign, Commonwealth & Development Office, the Ministry of Defence, NATO and the European Commission. From 2010-2014, Duncan was a Research Analyst on the Climate Change & Security Programme at the Royal United Services Institute in London.

Duncan remains an Associate Fellow of the Royal United Services Institute and is also a member of the UK Arctic & Antarctic Partnership Steering Committee, the University of the Arctic/Northern Research Forum Thematic Network on Geopolitics and Security, and the All-Party Parliamentary Group for the Polar Regions’ Advisory Council.