The State of Democracy in Southeast Asian States:
Why It Matters, Why We Should Care, and What We Should Do 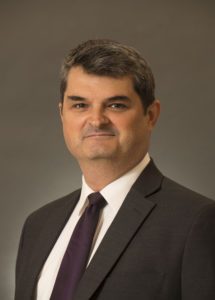 Dr. Christopher Ankersen is Clinical Associate Professor at the Center for Global Affairs he teaches in the Transnational Security concentration. Prior to joining NYU, Christopher was the Security Advisor for the United Nations system in Thailand. Previously, he held positions at the UN Assistance to the Khmer Rouge Trials in Phnom Penh, Cambodia; the UN Offices in Geneva and Vienna; and with the Department of Safety and Security in New York, where he was Desk Officer for Iraq in 2005 and 2006.

From 2002 to 2004, Dr. Ankersen was Ralf Dahrendorf Scholar at the London School of Economics and Political Science. He has taught at the LSE, the London Centre for International Relations, King’s College London, Carleton University, and the Royal Military College of Canadaand lectured at staff colleges in Canada, Australia, and Denmark. From 2000 to 2005, he acted as a strategy consultant to militaries, governments and private firms in the UK and Canada. From 1988 to 2000, Dr. Ankersen was an officer in the Canadian Forces, serving in Princess Patricia’s Canadian Light Infantry, including on overseas missions with the UN and NATO.

Dr. Ankersen is a member of the Regional Consultative Group for Asia and the Pacific on Civil-Military Coordination in Disaster Relief and Senior Research Fellow at the German-Southeast Asian Center of Excellence for Public Policy and Good Governance (CPG), Faculty of Law, Thammasat University, Thailand.

His current research interests include civil military relations, strategic studies and international security. He is particularly interested in the geopolitics and transnational security issues of Southeast Asia.

Christopher Ankersen holds a BA (Hons) in International Politics and History from Royal Roads Military College (Canada) and an MSc and PhD in International Relations from the London School of Economics and Political Science.

Because we are trying to cultivate a community and because of space limitations,
we welcome non-members to attend one Network 20/20 event before applying for membership