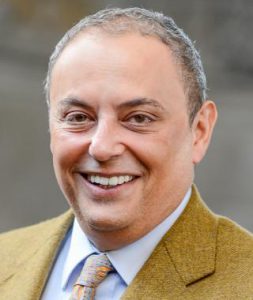 Masri joined Columbia University in 1988 as a member of the faculty of Columbia Business School. He was appointed Vice Dean in 1993, a position he held for thirteen years. He previously taught engineering at Stanford University, and was a visiting professor at INSEAD (Institut Européen d’Administration des Affaires) in France.

A scholar on education and contemporary geopolitics and society in the Arab world, Masri’s work focuses on understanding the historic, postcolonial dynamics among religion, education, society, and politics. He is the author of Tunisia: An Arab Anomaly (Columbia University Press, 2017), which examines why Tunisia was the only country to emerge from the Arab Spring as a democracy. The book has received positive coverage in a number of media outlets, including the Financial Times and Le Monde. Masri’s writings on education and current affairs have been featured in the Financial Times, Huffington Post, The Hill, and Times Higher Education. He has also appeared on BBC World News, CNN, CBC News Network, ABC News, CBS News, among others, and has been widely quoted in the press, including in the New York Times.

Masri is an honorary fellow of the Foreign Policy Association and a member of the International Advisory Council of the World Congress for Middle Eastern Studies (WOCMES). He was founding chairman of both King’s Academy and Queen Rania Teacher Academy in Jordan, and served as an advisor to Her Majesty Queen Rania Al Abdullah. He is a trustee of International College in Beirut and of the Welfare Association (Taawon) in Ramallah, and a member of the advisory board of the School of Business at the American University in Cairo. Masri serves on the governing boards of Endeavor Jordan and the Children’s Museum Jordan, and was a director of Arab Bankers Association of North America (ABANA) and Aramex. 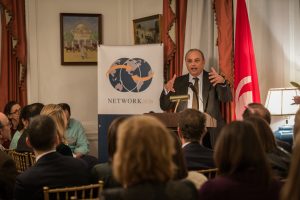 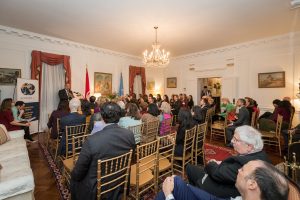 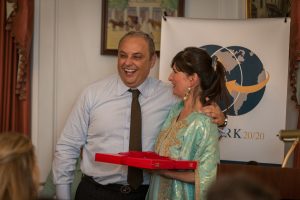