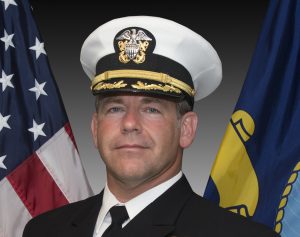 He holds a BS from the U.S. Naval Academy and an MA from the Naval War College, where he was a distinguished graduate.