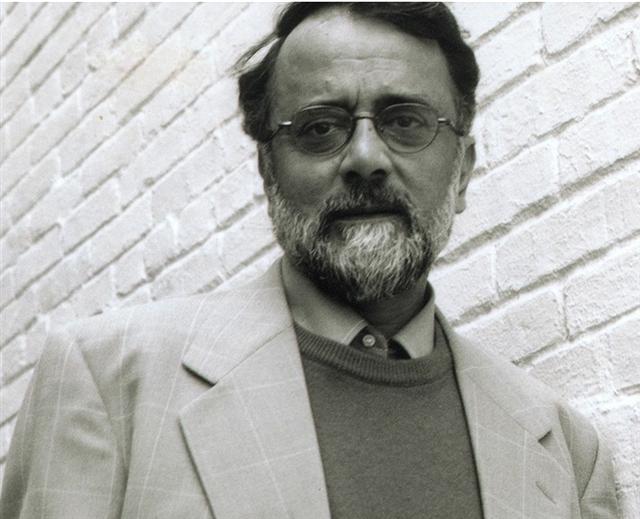 Ahmed Rashid is a Pakistani journalist and writer born in 1948 in Pakistan. He is the author of five books including ‘Taliban’ (2000) which was translated into 40 languages and sold 1.5 million copies in English alone and ‘Jihad – The Rise of Militant Islam in Central Asia’ (2002). Taliban was updated and re-issued in 2010, the tenth anniversary of its publication. It has remained in print for the past fourteen years. His later book was ‘Descent into Chaos ; The United States and the Disaster in Afghanistan, Pakistan and Central Asia’ (2008) which has been translated into 16 languages. His most recent book is ‘Pakistan on the Brink, The Future of America, Pakistan and Afghanistan.’’ ‘Taliban, ‘Descent into Chaos’ and ‘Pakistan on the Brink’ are part of a trilogy examining the war in Afghanistan and its regional impact since 2001. These books are on course lists at over 400 universities and defense colleges around the world.

He has been covering the wars in Afghanistan and conflicts in Central Asia and Pakistan since 1979. He is regarded as one of the world’s most renowned authorities on the region. His first book was ‘The Resurgence of Central Asia (1994), which looked at the break up of the Soviet Union from the perspective of Central Asia. For over twenty years – from 1982 to 2004 when it shut down – he was a correspondent for the Far Eastern Economic Review. He was also correspondent for the Independent (1986-1992) and then the Daily Telegraph (1992-2008). He now writes for BBC Online, the New York Times, The Financial Times, the New York Review of Books, Spain’s El Mundo and newspapers in Pakistan and other countries. He has contributed essays to numerous other books on the region, most recently ”The Islamic State a Brief Introduction”, by Brookings Institution, Washington, 2015 and Islam and Central Asia, an Enduring Legacy or an Evolving Threat, ‘ edited by Roald Sagdeev and Susan Eisenhower, Centre for Political and Strategic Studies, 2000. He has combined his writing and investigative reporting with widespread involvement in human rights movements and peace building in Afghanistan, starting with his involvement in the Geneva process in the late 1980s that ultimately led to the Soviet withdrawal.

In the 1990s he was part of a UN led team that attempted to find ways to end the brutal civil war between the Taliban and the Northern Alliance. He is a member of the Advisory Board of Eurasia Net of the Soros Foundation, a scholar of the Davos World Economic Forum and a member of the Advisory Committee of the Asia division for Human Rights Watch.

In 2004 he was appointed to the Board of Advisers to the International Committee of the Red Cross in Geneva. He has taught as a visiting scholar to the Columbia University School of Journalism, New York in 2012. Foreign Policy magazine chose him as one of the world’s most important One Hundred Global Thinkers in 2009 and again in 2010. In December 2009 he was appointed a member of the board of New York’s Committee to Protect Journalists . In 2001 he won the ‘The Nisar Osmani Courage in Journalism Award, given by the Human Rights Society of Pakistan.

At the invitation of the UN Secretary General Kofi Annan, he became the first journalist to address the UN General Assembly in New York in September 2002 and the first journalist to address NATO ambassadors in Brussels in September 2003. In 2008 he won Spain’s prestigious Casa Asia prize for contributing most about Asia to the Spanish people. The following year he was presented with the prize for best columnist in the Spanish press by King Juan Carlos at a dinner honoring him. In 2009 ‘Descent into Chaos’ won Italy’s prestigious Tiziano Terzani Literary Prize for the best non-fiction book of the year, while in the US it won the Silver Medal of the Arthur Ross Book Award for non-fiction given by the Council on Foreign Relations and was a finalist and award winner for the 2009 Asia Society Bernard Schwartz Book Award. After the 2001 war in Afghanistan he donated one third of his book earnings to set up the ‘Open Media Fund for Afghanistan’, an NGO which has handed out nearly US $ 400, 00 in start up funds for newspapers and magazines in all the Afghan languages.

Ahmed Rashid was born in Rawalpindi, Pakistan in 1948 and was educated at Malvern College England (1962-66) from where he did his O and A levels. He also attended Government College Lahore (1966-68) to receive a BA degree in English Literature. He then attended Fitzwilliam College, Cambridge University (1968-71) where he received a BA degree in political science. He later was awarded an MA by Cambridge University. He is married with two children and lives in Lahore.