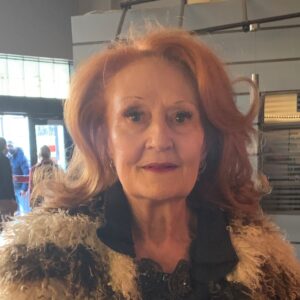 Patricia Begley has been the Chairman and CEO of Prizmalite Industries– a privately-held company that distributes glass microspheres for incorporation into paints, inks, and cosmetics– since 2000. Prior to that, she was an investment banker specializing in mergers and acquisitions involving Japanese companies. She was a co-founder of two M & A advisory boutiques with Japanese bank partners in the 1980s and, in the 1990s, she was the Senior Vice President of Mergers and Acquisitions at Sumitomo Bank’s New York office. Her initial job in investment banking was at Drexel Burnham Lambert in 1979 where she was the first woman hired in the Corporate Finance department.
Ms. Begley was a member of the first class of women to graduate from Yale University, where she majored in Chinese Studies. Because of her Chinese Studies background, after graduation she was hired by the CIA. She resigned from the Agency in 1978 to earn an MBA at the Wharton School of the University of Pennsylvania.
Since 2016, Pat has spent time every summer in Jerash, Jordan, where she and her sister have set up a program to teach Syrian refugee children [and now as a result of the program’s popularity, Jordanian children] English in after school classes taught by Syrian and Yemeni refugees. She has been a member of Network 20/20 for a number of years and participated in its first study trip to Iran in 2008.