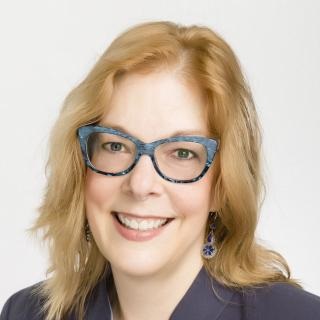 Kimberly Marten is chair of the Barnard political science department for the second time, after holding the 5-year term Ann Whitney Olin Professorship (2013-18). She also directs the Program on U.S.-Russia Relations at Columbia University’s Harriman Institute. She is a member of Columbia’s Saltzman Institute of War and Peace Studies, PONARS-Eurasia, the Council on Foreign Relations (CFR), and the International Institute for Strategic Studies.

Marten has analyzed Russia’s use of the Wagner Group private military company (in Post-Soviet Affairs; a PONARS-Eurasia memo; Lawfare; and War on the Rocks), and Russia’s intelligence agencies under Putin (in a Routledge Handbook and the Journal of Slavic Military Studies). She has also explained (International Politics) Putin’s decision to meddle in the 2016 U.S. elections, and used counterfactual analysis to reexamine the causes and effects of NATO enlargement (European Journal of International Security). She recommends a measured U.S. policy toward NATO/Russia relations (CFR report), and a limited U.S.-Russia cyber accord (The New Republic). Other Russia-related work is in ForeignAffairs.com, H-Diplo, the Huffington Post, the Washington Post’s Monkey Cage Blog, and The Washington Quarterly.

She appeared on the The Daily Show with Jon Stewart, CBS This Morning Saturday, the Charlie Rose Show, MSNBC’s Rachel Maddow show and The Last Word with Lawrence O’Donnell, PBS NewsHour Weekend with Hari Sreenivasan, NPR’s All Things Considered with Ari Shapiro and Audie Cornish, Fresh Air with Terry Gross, The 1A with Joshua Johnson, Here and Now with Robin Young, KQED’s Forum, and WNYC’s The Takeaway.

Her most recent previous project analyzed the politics of warlords, asking how their patronage networks impact sovereignty and state failure. In Warlords: Strong-Arm Brokers in Weak States (Cornell University Press, 2012), Marten traces the development of warlordism and its consequences in the tribal areas of Pakistan, Sunni Arab areas of Iraq, and post-Soviet Georgia and the Republic of Chechnya in Russia. She discussed the book on WNYC’s Brian Lehrer Show and Wisconsin Public Radio. The book was reviewed in an H-Diplo/International Security Studies Forum roundtable. In International Security, she compares warlordism in Afghanistan and Somalia to medieval Europe and Republican-era China. She researched militias and security sector reform in weak states, including work on the Palestinian Authority Security Forces, published in International Peacekeeping and in the International Herald Tribune/New York Times. Her chapter on the Afghan Local Police appears in an edited volume on The Transnational Governance of Violence and Crime, following an earlier opinion piece in the IHT/NYT. With Olga Oliker she analyzes the threat of warlordism in Ukraine’s patriotic militias in War on the Rocks.

Her prior books include Engaging the Enemy: Organization Theory and Soviet Military Innovation (Princeton, 1993), which received the Marshall Shulman Prize; Weapons, Culture, and Self-Interest: Soviet Defense Managers in the New Russia (Columbia, 1997); and Enforcing the Peace: Learning from the Imperial Past (Columbia, 2004).