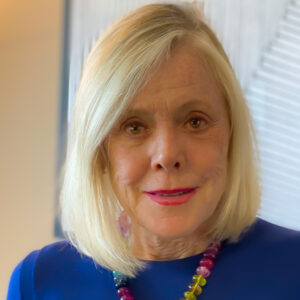 Anne Beane Rudman is a solo practitioner specializing in criminal defense & environmental law. Prior to this she was a prosecutor with the New York County District Attorney’s office for 25 years, including 15 years as Chief of the Asset Forfeiture Unit. Since 2007, she has worked with Lawyers Without Borders (LWOB), an international not-for-profit focused on promoting rule of law. She has traveled to Liberia, Kenya, Tanzania, Ghana, Namibia and Uganda representing LWOB in different capacities. She also was a contributor to the World Bank’s “Doing Business Project” for Liberia, Ethiopia and Papua New Guinea from 2007-2009. Most recently, Rudman was the Interim Executive Director of LWOB for eighteen months following the retirement of the founder and the appointment of a successor in September 2020. Prior to this, she was Chairman of the LWOB Board. She continues on the LWOB board. Rudman, a former trustee of Sarah Lawrence College, sponsored the College’s academic program in Cuba after visiting the country three times with the College. She served on the Board of the New York Road Runners Club (NYRR) from 2000 through 2019. NYRR is responsible for the New York City Marathon as well as youth fitness programs for over 115,000 NYC public school children. She has also been a trustee on the John Jay College Foundation Board since 2011 as well as on the Advisory Board of John Jay College’s Pre-Law Institute.