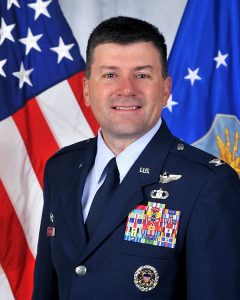 Reynolds is a 2003 national recipient of the Arthur S. Flemming Award. He holds a BS from the U.S. Air Force Academy and from Pennsylvania State University, an MBA from Gonzaga University, an MA from George Washington University, and an MS from Air University.