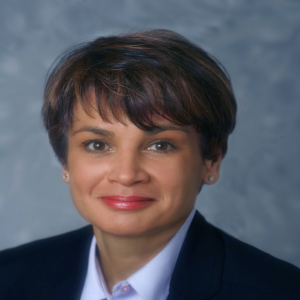 Shery Saeed is an independent business advisor and executive coach. She works with teams and individuals to produce both breakthrough business results and personal transformations that drive growth. Previously, at Naissance Capital she was the head of the Swiss firm’s U.S. business development. At Bear Stearns she was a managing director who managed the program office for the firm-wide cost saving/revenue enhancing restructuring initiative. At American Express she led a cross functional team of 30 people upgrading the charge card. She also turned around a dysfunctional team of 45+ system experts and completed the implementation of a new technology platform. As a freelance consultant she did projects for Johnson & Johnson and Ford.

Shery was on the Board of Financial Women’s Association. She created the “Transition Tuesdays” lecture series to assist unemployed members. She was also on the board of Horizon Condominiums where she implemented a formalized budgeting, scheduling and payroll process.

Shery has an MBA in management and an undergraduate degree in physics. She also holds a New York real estate license. She went to University of Colorado and Fordham Business School.

Shery has been a devoted member of Network 20/20 for several years. She attends nearly every briefing, played a part in the initial research for the Southeast Europe trip, and was a participant on that project. Two of her strengths include future planning and organizational restructuring. Shery was raised in Colorado and California, but has spent time in her native Iran.