The Age of Impunity:
Global Accountability amidst a Refugee Crisis

Today, more than 26 million people around the world are refugees. Forced from their homes and often turned away at the borders to other countries, refugees feel the full force of global challenges like political violence, climate change, and the Covid-19 pandemic, on a daily basis. Despite calls for international aid and attention to human rights, much of the global community has failed to follow through, with some even continuing to perpetrate attacks and ethnic cleansing with few or no repercussions. What can be done about this lack of accountability? And what challenges or improvements are on the horizon for refugees in the ever-changing climate of global politics? Join us for a discussion of these questions on Monday, March 1, from 12:00 to 1:00 PM ET, when Deborah Amos, renowned international correspondent with NPR News, leads us in conversation with David Miliband, CEO of the International Rescue Committee.

President and CEO of the International Rescue Committee 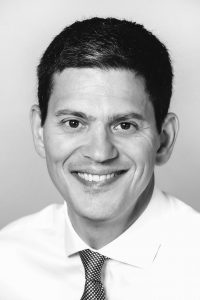 David Miliband is the President and CEO of the International Rescue Committee. He oversees the agency’s relief and development operations in over 30 countries, its refugee resettlement and assistance programs throughout the United States and the IRC’s advocacy efforts in Washington and other capitals on behalf of the world’s most vulnerable people.

David has had a distinguished political career in the United Kingdom. From 2007 to 2010, he served as the youngest Foreign Secretary in three decades, driving advancements in human rights and representing the United Kingdom throughout the world. His accomplishments have earned him a reputation, in former President Bill Clinton’s words, as “one of the ablest, most creative public servants of our time.” In 2016 David was named one of the World’s Greatest Leaders by Fortune Magazine and in 2018 he was inducted into the American Academy of Arts and Sciences.

David is also the author of the book, Rescue: Refugees and the Political Crisis of Our Time. As the son of refugees, David brings a personal commitment to the IRC’s work and to the premise of the book: that we can rescue the dignity and hopes of refugees and displaced people. And if we help them, in the process we will rescue our own values. 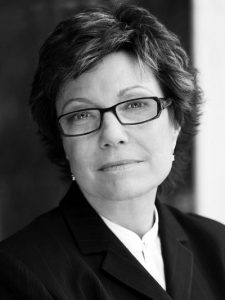 Deborah Amos covers the Middle East for NPR News. Her reports can be heard on NPR’s award-winning Morning Edition, All Things Considered, and Weekend Edition.

In 2009, Amos won the Edward Weintal Prize for Diplomatic Reporting from Georgetown University and in 2010 was awarded the Edward R. Murrow Lifetime Achievement Award by Washington State University. Amos was part of a team of reporters who won a 2004 Alfred I. duPont-Columbia University Award for coverage of Iraq. A Nieman Fellow at Harvard University in 1991-1992, Amos returned to Harvard in 2010 as a Shorenstein Fellow at the Kennedy School.

In 2003, Amos returned to NPR after a decade in television news, including ABC’s Nightline and World News Tonight, and the PBS programs NOW with Bill Moyers and Frontline.

When Amos first came to NPR in 1977, she worked first as a director and then a producer for Weekend All Things Considered until 1979. For the next six years, she worked on radio documentaries, which won her several significant honors. In 1982, Amos received the Prix Italia, the Ohio State Award, and a DuPont-Columbia Award for “Father Cares: The Last of Jonestown,” and in 1984 she received a Robert F. Kennedy Journalism Award for “Refugees.”

From 1985 until 1993, Amos spent most of her time at NPR reporting overseas, including as the London Bureau Chief and as an NPR foreign correspondent based in Amman, Jordan. During that time, Amos won several awards, including a duPont-Columbia Award and a Breakthru Award, and widespread recognition for her coverage of the Gulf War in 1991.

A member of the Council on Foreign Relations, Amos is also the author of Eclipse of the Sunnis: Power, Exile, and Upheaval in the Middle East (Public Affairs, 2010) and Lines in the Sand: Desert Storm and the Remaking of the Arab World (Simon and Schuster, 1992).

Amos is a Ferris Professor at Princeton, where she teaches journalism during the fall term.

Amos began her career after receiving a degree in broadcasting from the University of Florida at Gainesville.