Conference Call – “Brexit: All You Need to Know About UK Leaving the EU” 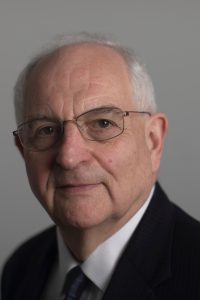 Martin Wolf is Associate Editor and Chief Economics Commentator at the Financial Times, London. He was awarded the CBE (Commander of the British Empire) in 2000 for services to financial journalism. He was a member of the UK government’s Independent Commission on Banking between June 2010 and September 2011. Mr Wolf was made a Doctor of Science (Econ), honoris causa, by the London School of Economics in 2006 and a Doctor of Science, honoris causa, by Warwick University, in 2009. He is an honorary fellow of Nuffield College, Oxford University and of King’s College, London.

Mr Wolf won the Ludwig Erhard Prize for economic commentary for 2009. He won “Commentariat of the Year 2009” at the Comment Awards, sponsored by Editorial Intelligence. He was placed 15th in Foreign Policy’s list of the “Top 100 Global Thinkers” in December 2009 and 37th in the same list for 2010. He was joint winner of the 2009 award for columns in “giant newspapers” at the 15th annual Best in Business Journalism competition of The Society of American Business Editors and Writers. He won the 33rd Ischia International Journalism Prize in 2012. He won the Overseas Press Club of America’s prize for “best commentary on international news in any medium” for 2013.