Uniting a World in Crisis: The Role of the UN in Its 75th Year

Amidst one of the greatest challenges faced by today’s globalized world, the United Nations is celebrating its 75th anniversary. Though backlash continues to mount against multilateral institutions, the UN is forging ahead on cooperative solutions to international problems. What are the challenges that the UN will address in the future, and how can the UN mitigate these conflicts in a climate of nationalism and global disunity? Join us for a discussion of these questions and more on December 4th from 12 PM to 1 PM ET, as Network 20/20 Board Member Lisa Rhoads leads a conversation with Gerton van den Akker, Head of the Health and Social Affairs Section at the EU Delegation to the United Nations and Richard Gowan, UN Director at the International Crisis Group. 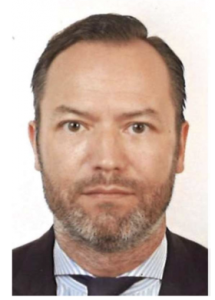 Gerton van den Akker is the EU Delegation to the United Nations, Geneva. After finishing his studies in political sciences and public administration & management in The Netherlands (Radboud University Nijmegen) and having been an Erasmus-exchange student in Portugal (Economic Faculty Coimbra), senior career diplomat Gerton van den Akker joined the United Nations in 1994 and worked in Mozambique for UNHCR and at FAO HQ in Rome. In 1998 he joined the Dutch diplomatic corps and, after an intensive training period at the Netherlands Institute of International Relations Clingendael in The Hague, he worked at the financial; budgetary department and the UN & International Financial Institutions’ department of the Ministry.
In 2002 Gerton was seconded to the United Nations Development Group Office (UNDGO) of UNDP in New York to work on UN reform and the Millennium Development Goals, and he also reinforced the Dutch Mission to the UN in New York during the rotating EU Presidency of his country, working on economic and development issues.
In 2005 he was reassigned to the Netherlands Representation to NATO in Brussels, working as the private secretary to the Dutch Ambassador and as senior spokesperson. The Ministry called him back to The Hague in 2009 to advise the Minister on human resources & management Issues. It was in 2011, after the creation of the EU’s External Action Service (EEAS), that he joined the Delegation of the European Union to the United Nations in New York, first as counsellor on financial, management and budgetary matters and from 2014 to 2019 as Chief of Staff and Head of the Coordination, Press & Information Section, working very
closely with the EU leadership in Brussels, New York City-based Ambassadors and ConsulsGeneral and with the current Head of the EU Delegation, Ambassador João Vale de Almeida.
At the moment, Gerton is playing a key role for the EU in Geneva leading on global health issues & social affairs, including COVID-19, and coordinating the EU27 on these matters. 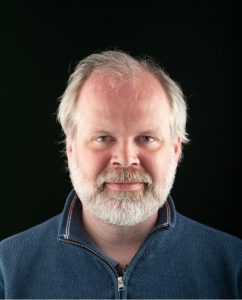 Richard Gowan is UN Director at the International Crisis Group where he oversees Crisis Group’s advocacy work at the United Nations, liaising with diplomats and UN officials in New York.
Richard was previously a Consulting Analyst with ICG in 2016 and 2017. He has worked with the European Council on Foreign Relations, New York University Center on International Cooperation and the Foreign Policy Centre (London). He has taught at the School of International and Public Affairs at Columbia University and Stanford in New York. He has also worked as a consultant for the organisations including UN Department of Political Affairs, the UN Office of the Special Representative of the Secretary-General on International Migration, the United States Holocaust Memorial Museum, Rasmussen Global, the UK Foreign and Commonwealth Office, the Finnish Ministry for Foreign Affairs and Global Affairs Canada. From 2013 to 2019, he wrote a weekly column (“Diplomatic Fallout”) for World Politics Review. 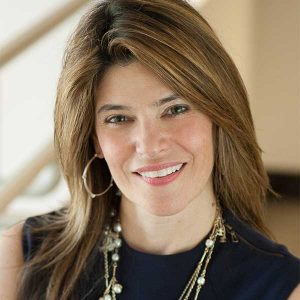 Lisa Rhoads is the Founder and Managing Partner of a Private Equity Healthcare Company. In this role, she drives the firm’s healthcare private equity investment strategy as well as helps provides capital advisory to healthcare business across the capital structure.
Previously, Lisa was a Managing Director with the Easton Capital Group, a venture capital firm focused on the healthcare sector. She led sourcing, due diligence, and the structuring of investments, while participating in fundraising activities for the firm. She also served on the Board of numerous portfolio companies, assisting with strategy, product development, and mergers & acquisitions, and played an instrumental role in delivering a 5X increase in the valuation of key investments.
Lisa is known throughout the industry for her understanding of the emerging markets. She has structured innovative technology licensing agreements with pharmaceutical and private equity partners in both China and Brazil. These deals are projected to generate $15M in incremental revenues for the portfolio firms of Easton Capital over the course of next 3 to 5 years.
Prior to joining Easton Capital, Lisa served as Chief Administrative Officer and Senior Vice President of Intellectual Property at Celtic Pharma Management, a venture capital firm focused on the biotechnology and pharmaceutical industries. She was a founding member of the firm, opening the Bermuda office, leasing the New York City office space, and establishing the intellectual property function. She also served on the Boards of numerous portfolio companies.
Lisa’s previous experience includes serving as Director of Consumer Marketing for the U.S. Pharmaceutical business of Bristol-Myers Squibb, and as Consumer Strategist at Zeneca Pharmaceuticals.
She holds a Master of Business Administration from the Wharton School of the University of Pennsylvania, and a Bachelor of Music from the Curtis Institute of Music. She currently teaches entrepreneurship and serves on the boards the Turtle Bay Music School in addition to Network 20/20.