The Taliban and the Future of Women’s Rights in Afghanistan 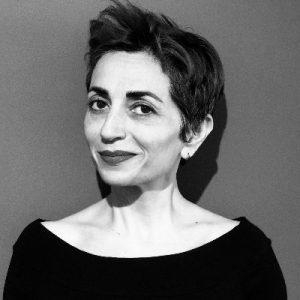 Lina AbiRafeh is a global women’s rights expert and humanitarian aid worker with decades of experience worldwide. Since 2015, she has served as the Executive Director of the Arab Institute for Women at the Lebanese American University, an academic and activist institute covering the 22 Arab states. The Institute was established in 1973 as the first women’s institute in the Arab region – and one of the first globally. Lina spent over 20 years in development and humanitarian contexts in countries such as Afghanistan, Haiti, Democratic Republic of the Congo, Nepal, and others. Her specific expertise is in gender-based violence prevention and response, summarized by her TEDx talk, WomenDeliver PowerTalk, keynote address for Swedish International Development Agency annual meeting, amongst others.
Lina completed her doctoral work from the London School of Economics and published “Gender and International Aid in Afghanistan: The Politics and Effects of Intervention” based on her research. A second book on this theme is currently underway, to be released in early 2022. Lina speaks and publishes frequently on a range of gender issues, for instance on the need for a feminist response to the COVID-19 pandemic and its impact on Arab women and girls. She believes women’s leadership is the strongest vehicle for peace and sustainable development. Lina’s piece I Hate International Women’s Day has resonated with women’s rights activists worldwide. Her work on women in Afghanistan was featured on CNN, leading to a live CNN interview on this topic, as well as appearances on France24, CNN Greece, BBC, and others. On October 11, Lina was featured on Good Morning America for International Day of the Girl.
Lina is a board member of various organizations including SheDecides, Forced Migration Review, Society of Gender Professionals, and others. Lina is among the Gender Equality Top 100 worldwide in 2018 and 2019. She was awarded a Vital Voices fellowship for 2021 for outstanding women leaders. She was recognized by the Women’s Media Center as one of their Progressive Women’s Voices for 2021 and is featured in their database of experts. 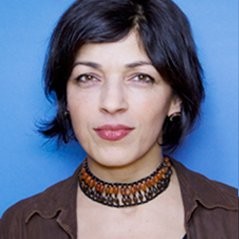 Rina Amiri is currently an independent policy and mediation advisor and a senior fellow at the NYU Center on International Cooperation and a senior fellow at the NYU Center for Global Affairs. Ms. Amiri directs the Afghanistan and Regional Policy Initiative, which serves as a platform to raise awareness about Afghanistan and the region’s peace, security, and development challenges.
Ms. Amiri brings over two decades of political expertise, advising and working with governments, the United Nations, and think tanks in various conflict settings in West and the Horn of Africa, the Middle East, Central and South Asia, and Europe. Prior to her appointment at NYU, she served as a Senior Associate at Princeton’s Center for Innovations for Successful Studies. Prior to that she served as a member as a Senior Mediation Expert in the United Standby Team of Mediation Experts. Under the Obama Administration, she served as a senior advisor to the U.S. Special Representative for Afghanistan and Pakistan. Ms. Amiri also served as a member of the United Nation’s Special Representative of the Secretary General’s political team in Afghanistan during the course of the implementation of the Bonn Agreement.
Ms. Amiri has provided political analysis and commentary in a number of outlets including MSNBC, PBS, CNN, and CSPAN, and has been published and provided commentary in the New York Times, Wall Street Journal, Boston Globes, Al-Jazeera America, Foreign Affairs, VOX, NPR, and the Los Angeles Times. She has been recognized as 125 Women of Impact by Newsweek and is a life-long member of the Council of Foreign Relations.
She is a member of the newly formed National Welcome Council, a public-private initiative dedicated to supporting refugees resettle in the United States. 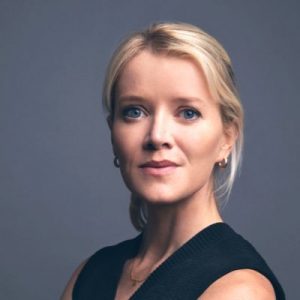 Jane Ferguson is a Polk, Emmy and DuPont award-winning foreign correspondent for PBS NewsHour, contributor to The New Yorker, and 2020 McGraw Professor of journalism at Princeton University, with over thirteen years of experience living in the Middle East and reporting from the Arab world, Africa and South Asia. Her work focuses on US foreign policy and defense, conflict, diplomacy, and human rights. With an emphasis on in-depth, magazine length broadcasting, Jane’s reporting is characterized by exclusive, ground-breaking access, thoughtful story-telling and character-driven reporting. She is now based in New York City.